Supervisor of the marketing of hotel products and Internet distribution of the Compagnie de Vichy. 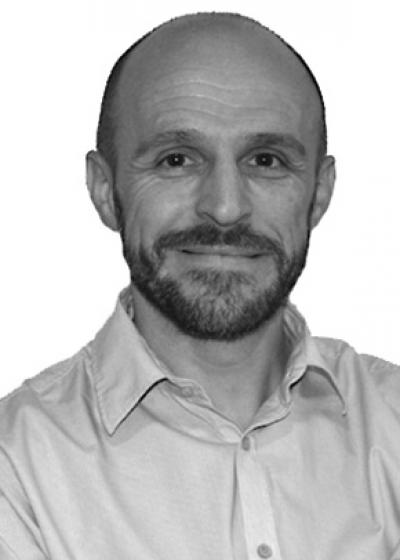 Born in Saint-Flour (in France), Marc Joguet always wanted to work in the unique world of the hotel industry. He became so engaged in the business that he decided to explore all of the professional roles it involves. The proof: he earned three diplomas in three completely different professional fields that are all related to the hotel industry.

The first was the BEP-CAP degree in cooking at the Ecole Hôtelière in Saint-Chély-d’Apcher (France). He cut his teeth over two months in Laguiole with the famous three-star Chef : Michel Bras. Two years later, at the Ecole Hôtelière in Chamalières, he decided to earn not one but two diplomas in the same year. He earned a technical degree in the hospitality sector with a specialization in the hotel industry as well as another technical certificate in restaurant service. He earned both diplomas with top honors.

I wanted to learn about all of these occupations, because I am passionate about all the professions within the business.

From 1986 to 1993, Marc Joguet worked seasonally in two restaurants that are well-known among the people of Auvergne. In summer, he worked in the thermal spa city of Royat and in winter, he worked atop the tallest volcano in France, le Puy du Sancy.

He then went to another spa city, Bourbole, where he worked as the receptionist at a three-star hotel.

Then, in 1997, he joined the ranks at the Compagnie de Vichy. He started out first of all as the Night Auditor, and then became Head of Reception of the VICHY CÉLESTINS Spa Hôtel in 2004. Marc Joguet remained in this position for 4 years before becoming the Marketing Supervisor of Hotel Products for all the thermal establishments of the Compagnie de Vichy. He is also in charge of the reservations center as well as the entire online reservations operation.