The architecture of Vichy Vichy, the splendour of art deco.

In the old part of Vichy, the architecture is pre 19th century.  There are buildings with facades in stone and others are timber framed, otherwise there are very few remnants of the mediaeval period. From the birth of Vichy as a thermal spa resort in 1861, the town's architecture was modernised and the following styles could be found: neoclassical, neo-mediaeval, neo-Flemish, neo-Renaissance. But the splendour of Vichy remains its Art Deco heritage !

The Art Deco architecture, characterised by an enhanced purity of forms and lines, has left its sublime mark on Vichy with a new trend of geometric lines and shapes, bas-relief carvings, appliques and onlays, doors, etc. On this subject, do not miss the fascinating guided visit organised by the Vichy Tourist Office. Things to see: The church of Saint-Blaise-Notre-Dame-des-Malades was one of the first in France to be made of reinforced concrete, in 1925, and is designed by the architects Chanet and Liogier. It is a protected building registered on the list of Historic Monuments. Its external dome is topped by a magnificent "black Madonna" which protects the town. The inside is decorated with paintings, mosaics, wrought-iron work and stained glass windows, which marry a cathedral style with and industrial style, producing a particularly rich and homogeneous effect.
The old "Petit Casino" [small casino] was built in 1926 by the same architects, Chanet and Liogier. It is now the "Centre culturel Valéry-Larbaud", a cultural centre named after the French writer of the same name, born in Vichy in 1881. It too is a protected building, particularly for its staircase decorated with stained glass by the Master Glass Painter Francis Chigot from Limoges. There is also a dazzling triptych in very modern tones, dated 1929, which shows Colombine and Arlequin, the Orchestra and Tragedy. As you continue your walk around the town, you will come across the best of its historical buildings, including the Balmoral, the Plaza, the Amirauté, the  Célestins college middle school which used to be a hotel, a majestic building in the form of the bow of ship. The lifestyle of the Art Déco period is still alive in Vichy thanks to this marvellous heritage. You will be pleased to see that this style works and fits perfectly with the other styles of architecture and decoration in the town, from different periods, particularly Second Empire, Art Nouveau, and Style Moderne... Vichy is known around the world  for its luxury hotels, bourgeois villas, its casino, the Parc des Sources, parks and of course, it thermal spa centre. The concept of having spa treatments in the Vichy Thermal Spa Centre, is part heritage, and because of technological and scientific progress, is also very modern. Historically it has always been part of daily life in Vichy, and now it is more of a lifestyle choice. 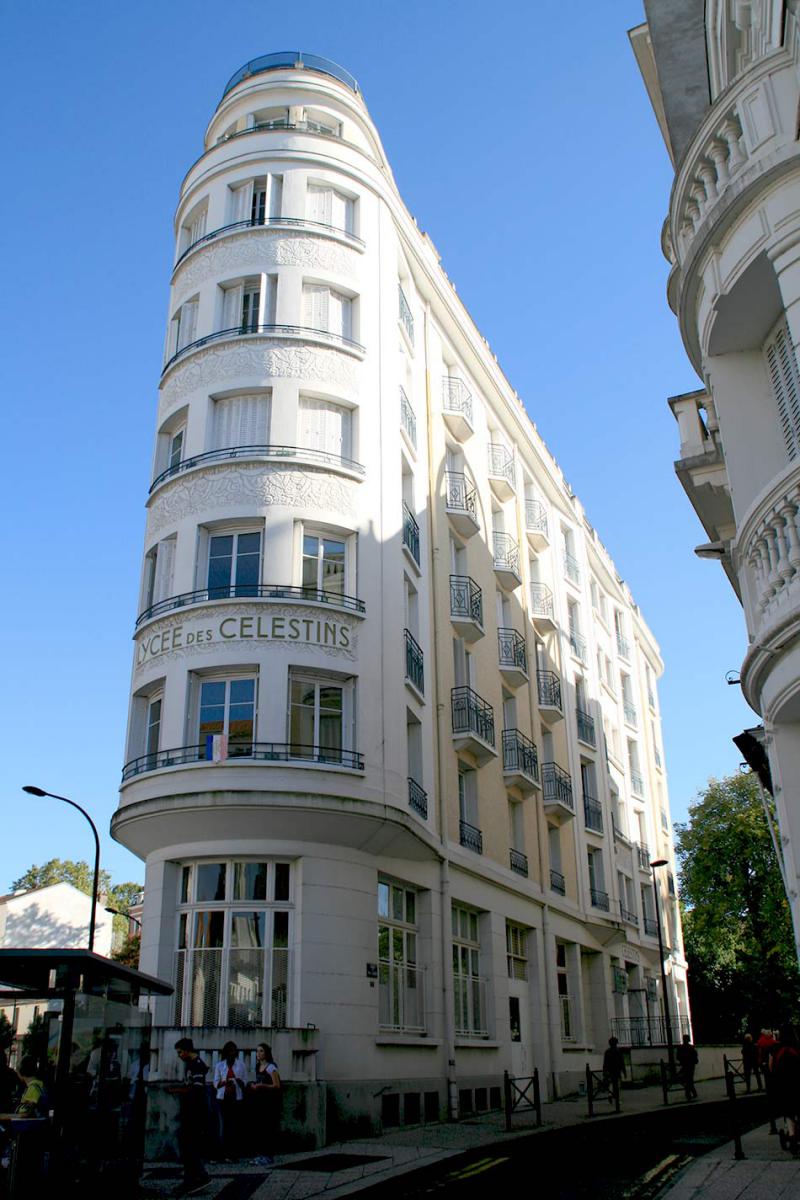 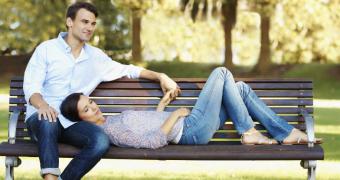 From 1 day & 1 night, can also be combined according to your preference! 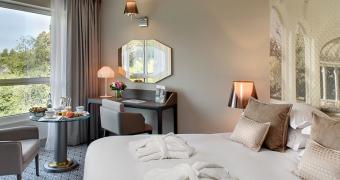